Editor’s appendix to the book: “Kingdoms of Flame: A Grimoire of Evocation and Sorcery” By E.A. Koetting

Frequency analysis shows that the text of the Squares is highly logical and competing in frequency with natural languages (European languages included). Furthermore, the frequency of the letters in the Squares is close to that in the Spells in the unknown language, though not the same (see tables below; the top-ten letters most frequent in both sources are highlighted red). This might mean that the Squares are anagrams in the same language as the Spells are written in (however, not the anagrams of the Spells themselves), which might also be the reason for their mathematical, gematrical and astrological randomness. Evidently, the Squares have only 21 letters of the Roman alphabet in them (J, Q, V, W и Y are missing). The set of letters in the Spells is virtually identical (missing are B=3 and X=1, which are rare in the Squares, although V, missing in the Squares, appears 5 times); altogether this makes 22 letters as in Hebrew or Enochian. The author also points at some similarity between the system of the grimoire and Enochian magic; however, the language of the Spells is not Enochian and the frequency of the letters in the Squares also differs from that in the Enochian language (see the table based on the Enochian Keys for comparisson). 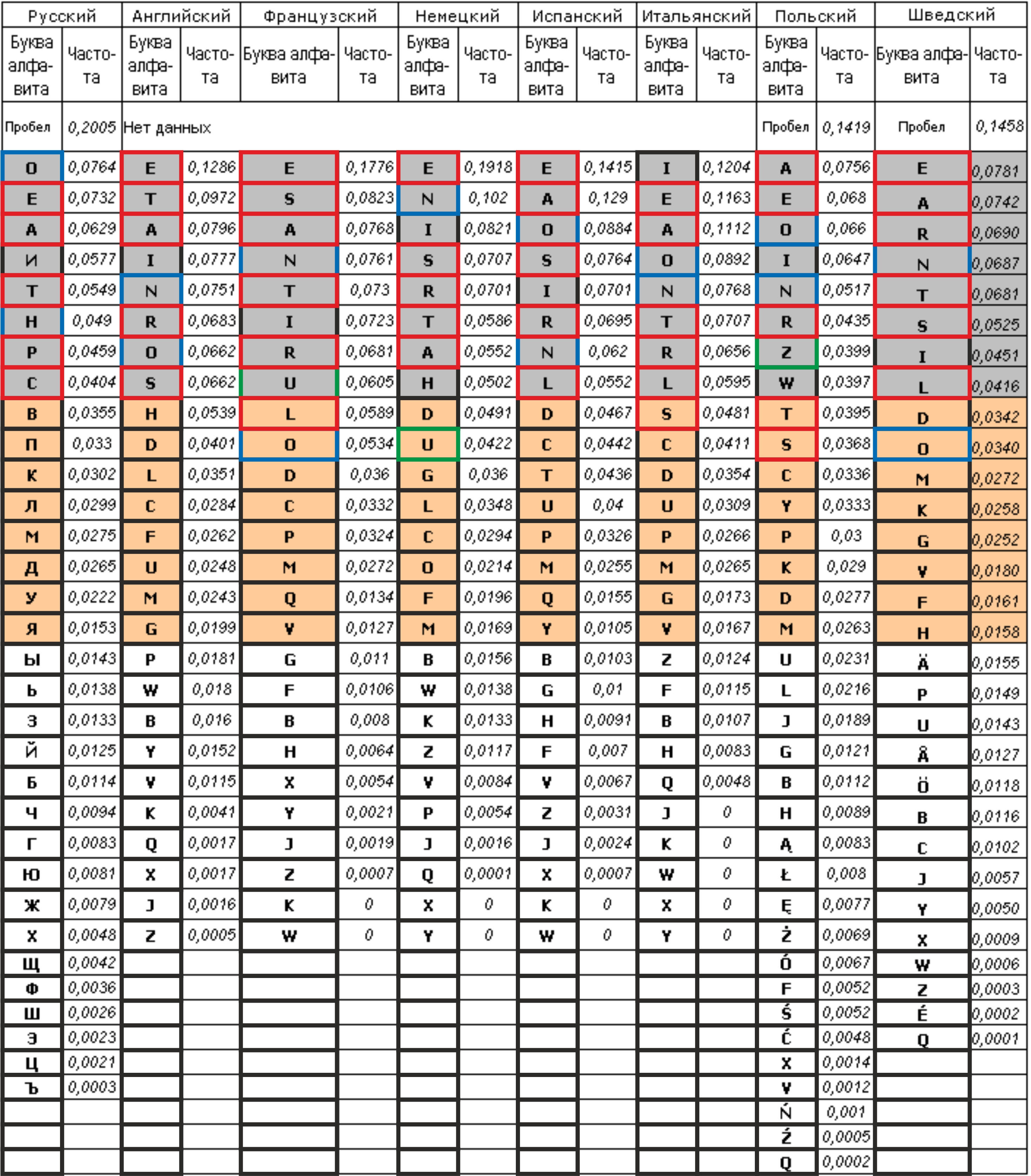 The fact that the last two Squared are missing one grid each also implies that they are anagrams of a coherent text. It seems like the anagrammed text has 2 letters less than can be expressed through the sum of the Squares of natural numbers form 2 to 9. Furthermore, it gives a certain clue to deciphering of the text: probably the eighth Square contains the last letter, the seventh Square contains the penultimate one, etc. The formula for deciphering has not been found, yet the following is obvious:

The clues to the Squares might be hidden in the text itself.